Other implementations and solutions

Next year it is 25 years ago since I constructed an algorithm for finding palindromes efficiently. I was 22 years old then, and had just started as a PhD student. I was quite excited about having solved the problem of finding palindromes efficiently, and wrote a scientific paper about it. My excitement wasn't shared by the scientific community though. In the last twenty-five years this paper has been cited less than ten times, and appears at the bottom end of my most cited papers list.

In 2007 we developed the ICFP programming contest. The ICFP programing contest is a very challenging contest, in which thousands of programmers try to show off their programming talents in their programming language of choice. Our contest asked participants to transform the left picture below to the right picture using as few commands as possible. We included a problem related to palindromes in our contest, since this was my pet-problem ever since 1988. After the contest I explained how to solve the palindrome problem efficiently in a blog post. 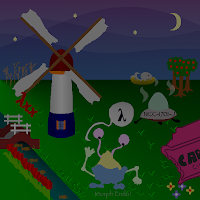 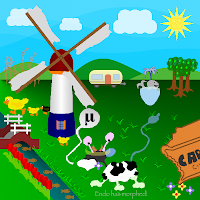 When some years later I looked at the number of hits the contest pages received, I found that each month, thousands of people are reading the blog message about finding palindromes. Why does this page attract so many visitors?

The palindrome problem is a common question in interviews for jobs for software developers, so the blog post attracts software developers looking for a new job, and preparing themselves for an interview. Another reason the blog post attracts visitors is that I think quite a few people are genuinely interested in the problem and its solution. The concept of palindromes appears in almost all languages, which means that the question of finding palindromes is asked all over the world. The blog post indeed attracts visitors from all over the world. The last 100 (July 1, 2012) visitors come from all continents except Australia.

Many people ask the question of how to find palindromes, but also many people try to answer the question. You can find hundreds of solutions for finding palindromes on the internet. Some of these are variants of my linear-time solution, others are more naive quadratic or sometimes even cubic-time solutions. Below I give the list I found, ordered on the programming language used for the implementation. If there exists a linear-time implementation, I don't list less efficient solutions.